Like slots, roulette is an experience that’s recommended for beginners to casino gaming, as it’s an easy game to pick up but also has a range of betting options. However, a few minutes spent browsing the web has a way of making the previous seem like a deception. Why do so many roulette strategy guides…

Like slots, roulette is an experience that’s recommended for beginners to casino gaming, as it’s an easy game to pick up but also has a range of betting options. However, a few minutes spent browsing the web has a way of making the previous seem like a deception. Why do so many roulette strategy guides delve deep into mathematics, probabilities, and other seemingly impenetrable concepts?

Don’t be alarmed. Placing a ball on a spinning wheel is about as convoluted as roulette gets. The added complexity actually comes from the different ways that it’s possible to bet on the game. Once again, though, the most popular roulette strategies rarely delve beyond wagering on a fifty-fifty outcome, such as red/black or odds/even. It’s how much you bet and in what order that defines each roulette strategy.

Before we get started with this online roulette guide, please remember that no strategy is guaranteed in roulette, regardless of how much the author claims otherwise, and the casino or ‘house’ always has an advantage over the player.

How to Play Roulette

Roulette is a guessing game that takes just a few seconds to learn. A ball is thrown onto a spinning wheel. Then, all the players at the table must guess which numbered ‘pocket’ it will land in when the wheel stops spinning. Each pocket is coloured red and black in sequence around the wheel. For the casual player, this means that it’s possible to reduce the game to a simple colour-picking endeavour.

Of course, this is a guide on roulette strategy, so we’ll have to go into a little more detail about the wheel and the board that surrounds it.

Wagers can be placed until the croupier tells the players otherwise. Oddly enough, this is usually after the ball is placed on the wheel. You’ll be able to bet on anything you like but the most common wagers are actually written on the table itself. There are upwards of twenty different bets that can be placed in roulette so it’s important to understand what you’re getting yourself into before trying something new.

In brief, you’ll make either an inside bet, which is comprised of the actual numbers on the wheel, or an outside bet. The latter wagers are listed in the box closest to the player and contain the simplest bets. Let’s look at a few examples:

It’s worth mentioning here that there are several different variants of roulette (e.g. American, European, Multi Wheel, Mini, etc.) that affect the kind of bets you can make and the value of a simple roulette strategy. As a beginner, you should at least understand the differences between American and European roulette, as the US game has an extra number on the wheel – 00 or double zero. This increases the house ‘edge’.

The house edge is the casino’s permanent advantage, and one of the reasons why even the best roulette strategy ever can’t be foolproof. American roulette has a house edge of 5.25% compared to the 2.6% in the European game. Ultimately, this means that you’re more likely to lose when playing American double-zero games as opposed to European single-zero ones.

Roulette strategies are highly situational. The ones you’ll find useful at any given time will be determined by how much you want to win, the amount you’re willing to lose, the size of your bankroll, and your performance at the wheel so far. As we discussed earlier, you cannot use a roulette strategy to win every time. They’re more about balancing wins versus losses. Let’s start with some easy ones.

Under the Martingale system, you should double your bet every time you lose. While this might sound counterintuitive, winning after doubling up should return your bankroll to a neutral position and add a small profit. The problem is that, with a large initial wager, doubling up on loss after loss can rapidly exhaust your credits, leaving you unable to recoup what you’ve lost.

Martingale is only effective on either/or bets such as red/black, evens/odds, and low/high, otherwise known as outside bets. This roulette strategy forms a template for plenty of other systems, such as the d’Alembert (below) and the Paroli, which is essentially a reversed version of Martingale. The Paroli requires the player to double up on a win, albeit to a three-win maximum. Then, it restarts.

Continuing with the trend of roulette strategies that claim to be informed by maths and science, the Andrucci system gets its cues from the study of randomness, specifically, chaos theory. This one is a bit too clever for its own good, though, and can prove disappointing for people learning how to play a roulette game in a casino. Chaos theory dictates that nothing is truly random and that there are patterns to be discovered over an infinite amount of time. In roulette, these patterns can occur due to wear and tear.

For example, an old roulette wheel may lean slightly to the right, meaning that the ball has a better chance of landing in the pockets on that side. However, casinos go to great lengths to ensure fairness, which means that you’re only likely to find an observable amount of bias in a comically broken roulette wheel in a home game. If you’d like to try the Andrucci system out though, simply record the results of a large number of spins and see if there are any patterns evident.

Another very popular roulette strategy, the d’Alembert system is actually a variant of the Martingale. What makes this strategy interesting is that its creator, Jean le Rond d’Alembert, a French mathematician, didn’t seem to understand the odds of a coin toss, believing that tails or heads are more likely the less they appear. Put another way, if you’re losing, you’re owed a win. Of course, today, we know this as the gambler’s fallacy.

Fortunately, d’Alembert’s struggles with coins don’t affect the d’Alembert roulette strategy. In this system, you add one bet unit on a loss and remove one bet unit on a win. Websites that mention the d’Alembert in their list of casino roulette tips and tricks consider his system a more subtle version of the Martingale, as you’re less likely to get into trouble after consecutive losses but you won’t be able to recoup losses all in one go. d’Alembert systems only work on even money bets, just like the Martingale.

As it exists in nature, such as in the shape of nautilus shells, storms, flower petals, and the shape of trees, there’s a feeling that placing the Fibonacci spiral on something is a product of overthinking rather than observation. To create the Fibonacci sequence numerically, just add the previous two numbers of a sequence together to get the next one, e.g. 0, 1, 1, 2, 3, 5, 8, 13, 21, 34, 55, 89 … and so forth.

In roulette, the Fibonacci System is another way to reduce significant losses, albeit only in an ideal world. This is a fairly complicated roulette strategy that requires you to bet the first two numbers of the Fibonacci sequence at the outset. So, your first wager would be 0+1 = £1. Progress up the sequence on a loss and down two on a win. Obviously, you can’t bet £0 or negative numbers so restart on £1 if the need arises.

Yes, that James Bond. By far the least subtle of the roulette strategies we’ve covered so far, the James Bond system involves placing a large number of bets at the same time, in this case, twenty. The objective of this unusual roulette strategy is to cover as many outcomes as possible without destroying your bankroll or making useless wagers. Of course, it can be used by high rollers, too.

Of the 20 units, you’ll need to place fourteen on 19-36, five on 13-18, and one on the wheel’s (single) 0 pocket. Due to that latter condition, you’ll only be able to try this roulette strategy on European wheels. The issue with the James Bond system is that, in perfect conditions, it is not an online roulette strategy that works. Getting every number in sequence over 37 spins actually produces a net loss for the player.

One thing you’ll probably have noticed by now is that roulette strategies usually come with some caveats that can make them useless. As they’re designed around concepts like beating the casino or guaranteeing success, they’re flawed almost from the point of inception. The house will always have an advantage and the value of blind luck in roulette and other casino games can’t be overstated.

That’s not to say that there aren’t some ways to improve your chances of success at the table. To give an example of blackjack, just knowing the basic strategy decreases the house edge from about 2% to 0.5%. Of course, there is very little brainpower involved in playing roulette unless you’re trying out the strategies we’ve covered above. Still, it helps to know your way about the wheel.

Placing outside bets means that you’ll usually have better odds of winning, as they are usually 50/50 wagers, e.g. red/black. On the other hand, inside bets are less likely to succeed, so they have better payouts attached. Finally, you should always try to find European wheels to play on instead of American ones, as we discussed earlier. The edge in American roulette is simply too high.

We hope you enjoyed reading this online roulette guide.

A: Many casino systems are worked out over millions of plays, which means that patterns are unlikely to emerge in your own games unless you’ve been playing for a very long period of time. Roulette strategies are useful for learning how to play the game in low-stakes experiences and for high-rollers willing to risk it all. For the rest of us, not so much. 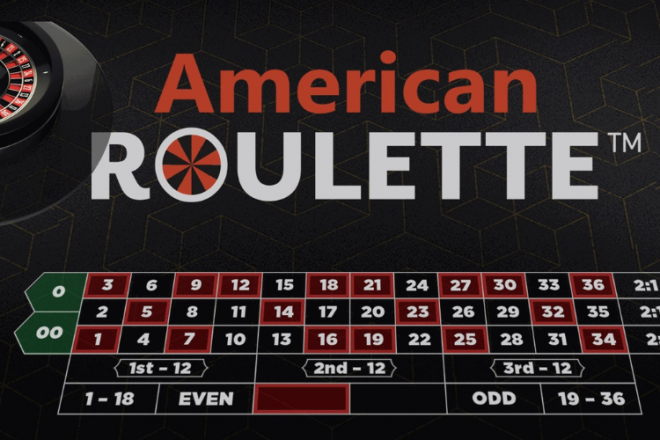 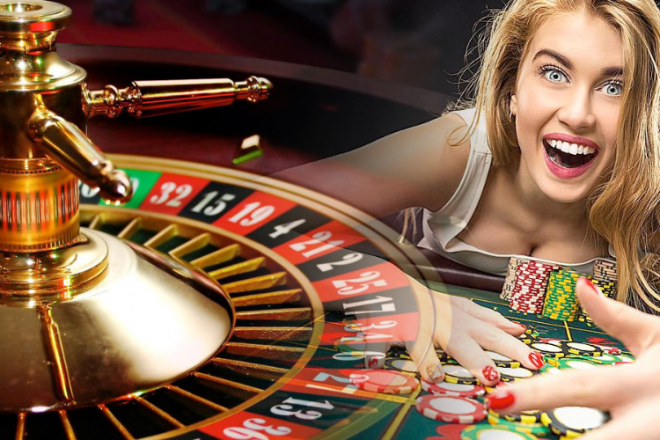 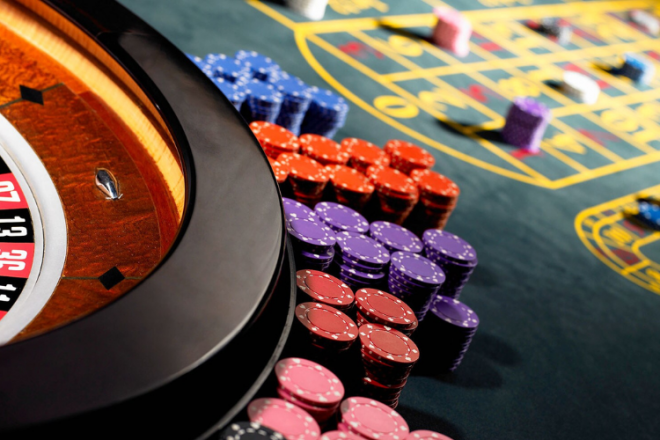 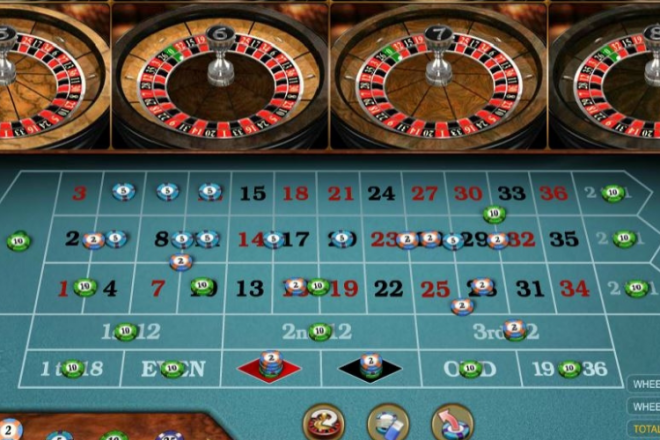 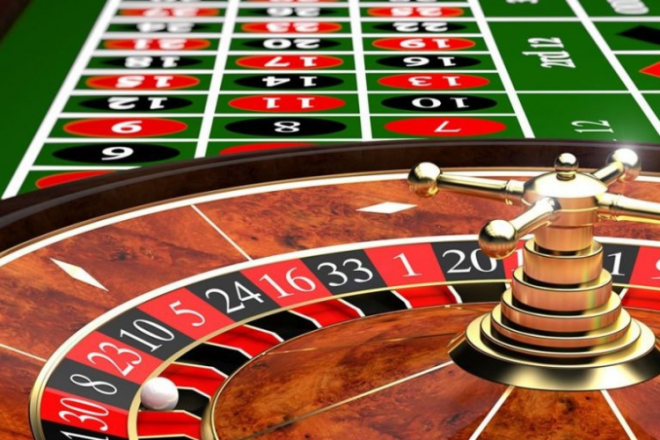 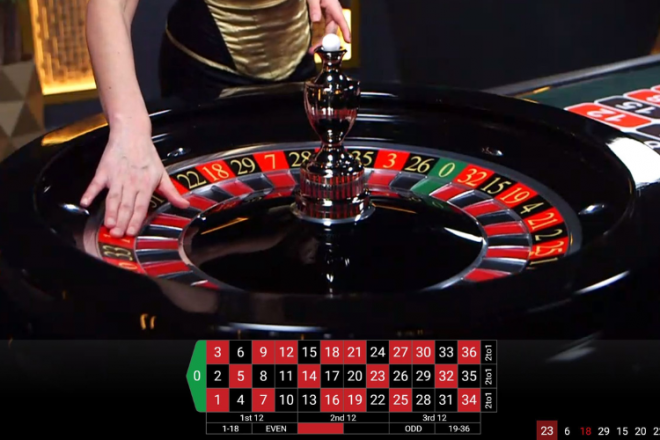 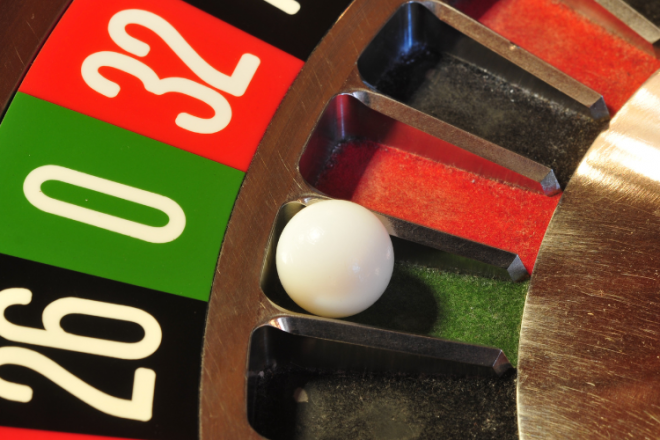